If you read last month's report you already know that the seas have calmed down to normal but it didn't happen until about mid March. The calm seas allow the boats to fish a much wider area and the catches show it. More marlin are coming is and some of them are big ones. We haven't seen many "beast" marlin (marlin weighing over 500 lbs.) in a while but they're showing up now. There are some striped marlin around too but the spearfish bite is really lacking. They're swimming around out there somewhere, just not many of them happen to be swimming here right now. We're in the peak season for them so hopefully the numbers will pick up over the next couple of months.

Mahi mahi season is here. Some are showing up but the peak of the season is just starting. One fish that's not in season is ono but there's been a good bite on those recently. I've always said that fish don't know how to read calendars so we can get a run on any fish at any time of the year. Some boats have been doing really well working the porpoise schools for big ahi. I spent a little time trying myself but I don't really have the patience to work the school all day and usually, that's what it takes to get one. The small ahi have been around the fish farm but not with any consistency. Same with the FAD's. Otaru tunas have recently been on "The Grounds" but hard to catch.

With the rough waters causing me to tuck into shore for the first half of the month, most of my fish were caught while jigging the bottom. I actually had to go further South than I have in a long time to find favorable sea conditions and the fish. While jigging, the most common catch is almaco jack. If you're a sushi fan at all, you would know this fish as Kampachi. I found myself j jigging in shallower waters than I normally do and picked up a few odd ball fish that I don't see in the deeper waters. Not very big but as you can see, they're colorful enough to make a good photo.

See 'ya on the water,
Capt. Jeff Rogers,
http://FISHinKONA.com 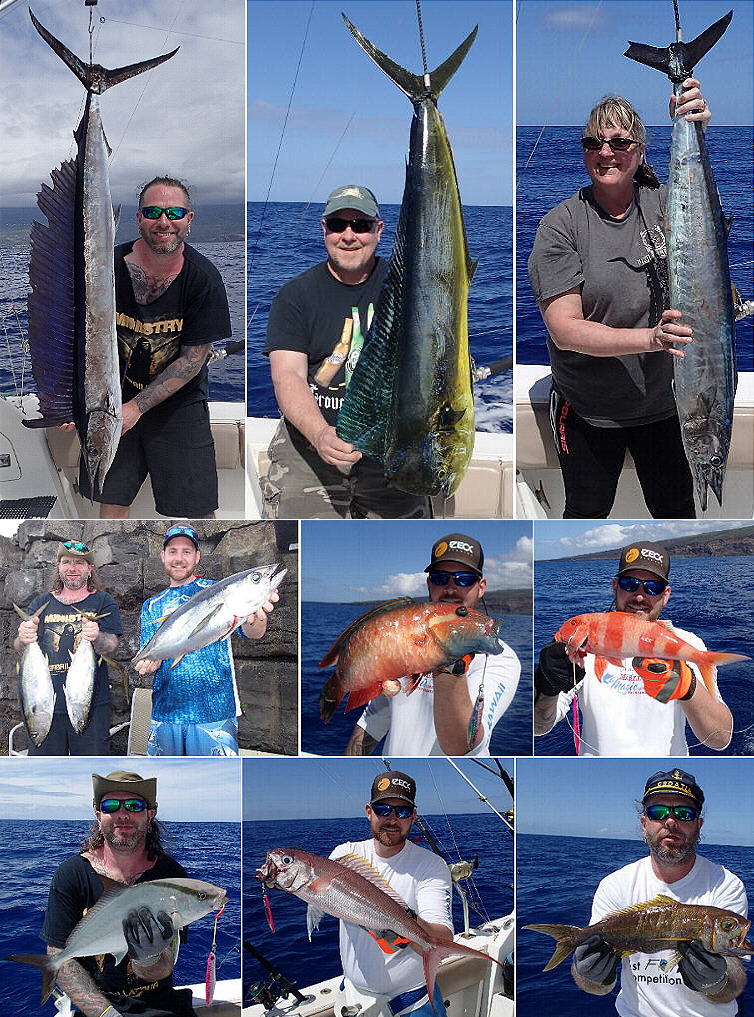